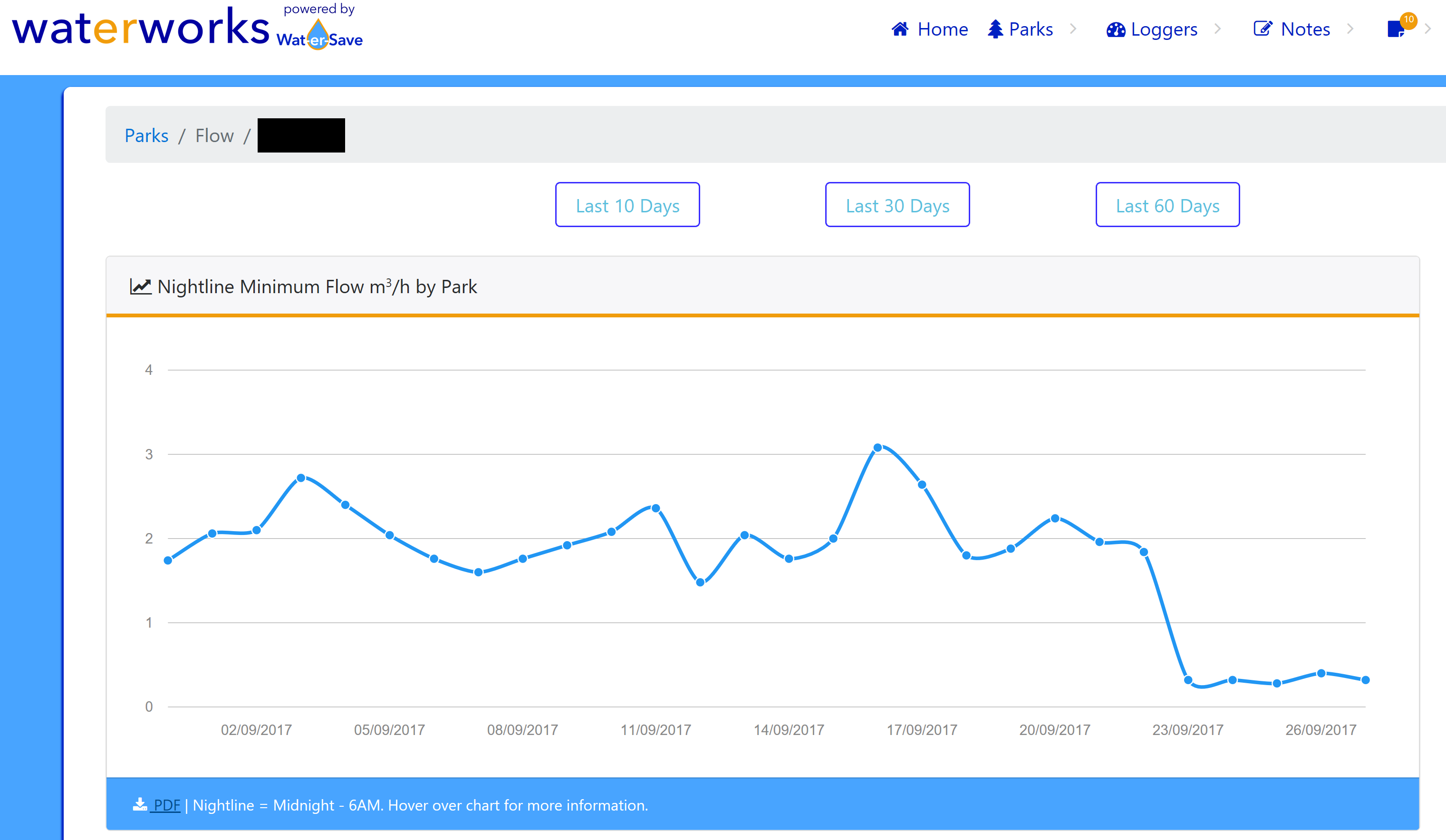 Experience has shown that without good water management improvements in business water efficiency can’t be maintained.
Detection of bad practise/wastage of water/leakage

We have used data logging to unearth various bad practises on holiday parks. Three examples are listed below:

1. Kitchen staff running water constantly to defrost frozen goods.
High monthly water consumption was reported by the customer; a data logger was installed on the main water meter and was checked after a number of days. The data logger showed acceptable night time consumption meaning the high consumption was not due to leakage. Further investigation of the data showed that the water consumption went through its normal morning peaks only to increase again at a time of day when consumption should have been reducing back to normal levels. Some investigation work found that the timing of the second morning increase coincided with the kitchen staff preparing food. The second increase was pinpointed to kitchen staff running large sinks of water to defrost the frozen food. A better working practise for defrosting the frozen food was implemented and savings on water use achieved.

2. Pool staff overfilling the swimming pool and running to waste overnight.
High monthly water consumption was reported by the customer, they informed our team that a leak detection specialist had been onsite trying to detect leakage but had reported back that they could not detect any leakage occurring. With permission from the water company our team installed a data logger on the main water meter and checked usage after a number of days. The first two days of recorded data showed perfectly normal consumption levels with acceptable night time consumption of 0.5m3/hr and a normal daytime profile. It wasn’t until the 3rd day of the data logger being installed when night time consumption levels changed. This consumption stayed high overnight at 5m3/hr for the next 4 days in a row. A team were sent to site to investigate the inconsistent night time usage. The team found that the pool staff had been leaving the top up to the swimming pool on overnight and were overfilling the pool and the water was running unnoticed into the surface water system.

3. Undetected high levels of leakage
The holiday park owner had been paying very high monthly water bills unknowingly for a number of years. The Finance department had been verifying their monthly consumption against previous invoices and therefore seeing them as the norm for their park. A data logger was installed on the water meter and night time consumption readings were taken revealing leakage levels of 20m3/hr! This was costing the holiday park owner over £50,000/annum in water and sewerage charges. A leakage survey and repair was undertaken and the client has made the £50,000 saving. Payback of the installation of this logger was shown in less than 1 week.

There is a large variety of water efficiency equipment that is available to the holiday park owner, including basic measures such as low-flow shower heads, urinal controls in clubs and bars and hippo bags in toilets or larger capital cost projects like low flow toilets and water efficient white goods, (e.g washing machines and dishwashers). Using normal methods to monitor water consumption it would be very difficult to see any immediate effect that any of the water efficiency products has made on a water account. Using data-logging equipment and the software available you can build a profile against data prior to installation to show immediately how the installation of any products has affected the daily water consumption. 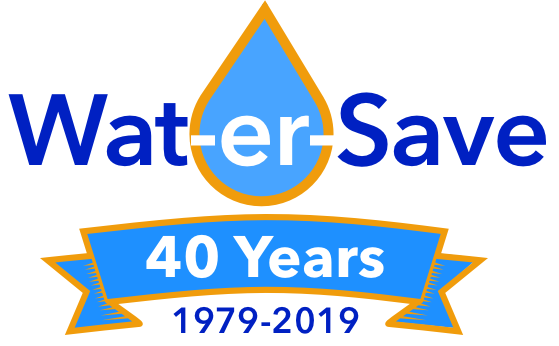